Catalyst, a very casual sequel to the cult video game Mirror's Edge, is cheerfully young. But it's not the bloodthirsty, sociopathic fantasy that we mean when we tease certain games, like power trips between teens. Instead, it features a combination of high energy, moral simplicity, and serious cynicism about consumption.

Mirror's Edge Catalyst plays an unknown number of years into the future in a glittering metropolis called City of Glass. Where most cyberpunk video games entertain themselves with dirt and neon, the city is a dystopia throughout Ikea: a sprawling landscape of elegant porcelain blocks, the interiors of which are decorated in the same flat colors and quasi-hyper minimalist furniture, such as low-budget Coworking facilities or trendy hospitality lobbies. 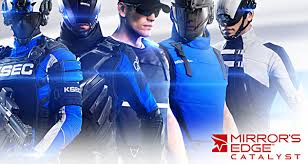 The First Mirror's Edge subscribed to a kind of mall punk policy that took the evil of cleaning up a city for granted and barely bothered to explain its characters' motivations. Catalyst presents a more detailed and consistent world, but it is still a world where you can replace many of the mission's real objectives with "stick with man" and lose little.

Arcade mechanics like walking on the wall has never been exclusive to Mirror's Edge Catalyst, but the series makes it a major event like few other games, especially ego games. As in the original, almost everything you do in Catalyst is a contextual combination of running, jumping, and sliding. Jump on a low box and it will lift you up. If you jump against a wall, briefly defy gravity by going along it.

The edge of the original mirror helped mark the roads with something called "Corridor Vision" that painted important objects in bright red. There is also a red band on Catalyst that plots a route directly in front of you.

Last News: The Andromeda feature of One Mass Effect that was really good

Next News: How to transfer Metro Exodus on another gaming PC