Gyoubu's Broken Horn: Loaded Spear Tool--Ashina ReservoirCombat in Sekiro: Shadows Die Twice is about the clashing of swords--your real way of winning fights is to match blades with your enemies, breaking their defenses with attacks and parries until you can get in close to finish them off. You have another weapon in your arsenal, though: the Shinobi Prosthetic, the prosthetic arm you receive early in the game that gives you special abilities.As in From Software's other titles, these special weapons usually require you to seek them out or complete special tasks. here's what you need to know to find every single one. 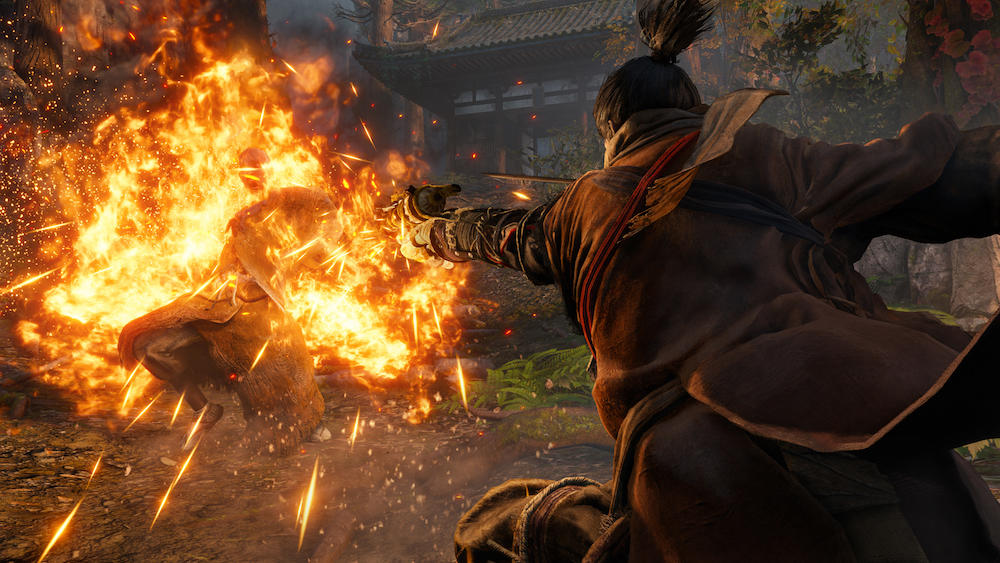 You'll get this one relatively early, in the Ashina Outskirts area as you progress through your first level.

This one is almost immediately after the Shiruken, but it's easy to walk right by it and not find it again until after your first big boss fight with Gyoubu the Demon.

If you return to the Dilapidated Temple with the bell you found and offer it to the Buddha statue beside the Sculptor, you'll be transported to the Wolf's memory of a place called Hirata Estate three years earlier.

Smashing tough-to-kill enemies and those with heavy defenses requires a heavy weapon. Right after you find the Flame Vent in Hirata Estate, the path will take you past an injured samurai who tells you to find a Shinobi Axe hidden in a nearby shrine.

The Mist Raven is one of the best prosthetics in the game, but it's tough to come by and pretty well hidden. Continue through Hirata Estate until you fight and kill the Shinobi Hunter to reach the Bamboo Thicket Slope area.

This one requires you to beat the Blazing Bull to gain access to Ashina Castle.

Technically, the Sabimaru is just at the top of the stairs from the Ashina Castle Sculptor's Idol, but you can't open the door from the outside, so you'll need to go around.

Like the Sabimaru, this one is tough to get to directly, and requires you to reach the Upper Tower--Antechamber area and drop down to the Ashina Castle keep's first floor.

You can't avoid this one. When you head through Sunken Valley after completing Ashina Castle, you'll eventually hit the Gun Fort, a spot covered in gun-wielding enemies.